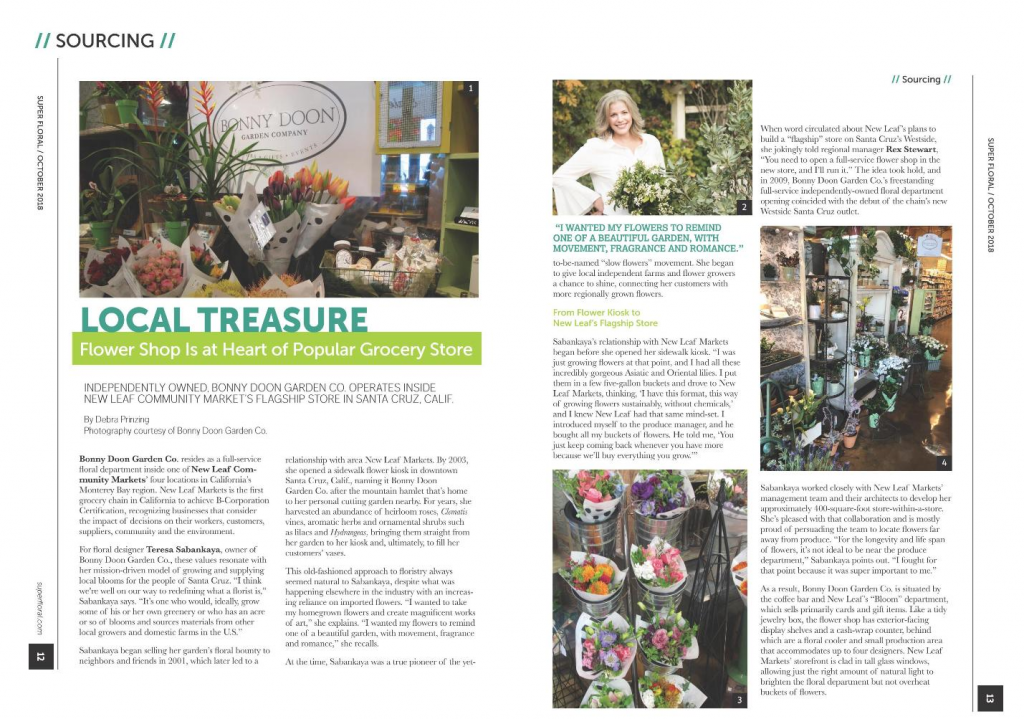 This article appears in the October 2018 issue of SuperFloral Magazine 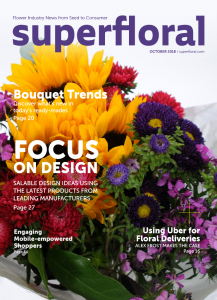 Bonny Doon Garden Co. resides as a full-service floral department inside one of New Leaf Community Markets’ four locations in California’s Monterey Bay region. New Leaf Markets is the first grocery chain in California to achieve B-Corporation Certification, recognizing businesses that consider the impact of decisions on their workers, customers, suppliers, community and the environment.

For floral designer Teresa Sabankaya, owner of Bonny Doon Garden Co., these values resonate with her mission-driven model of growing and supplying local blooms for the people of Santa Cruz.

“I think we’re well on our way to redefining what a florist is,” Teresa says. “It’s one who would ideally grow some of their own greenery or who has an acre or so of blooms, and who sources materials from other local growers and domestic farms in the U.S.” 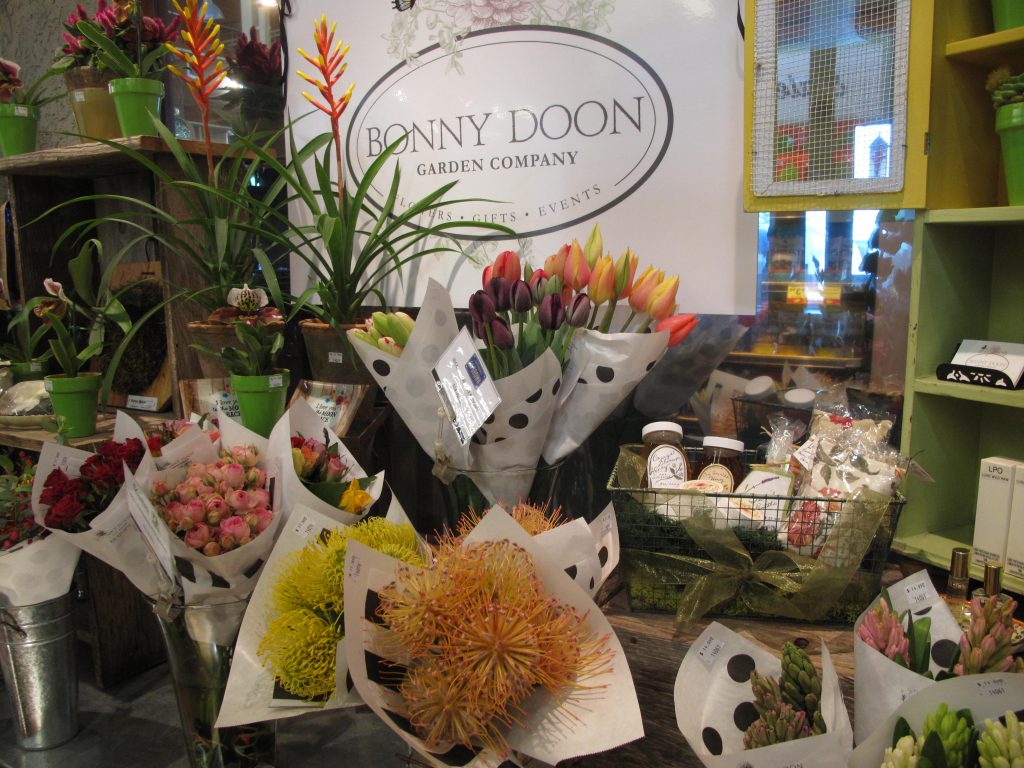 Teresa began selling her garden’s floral bounty to neighbors and friends in 2001, which later led to a relationship with area New Leaf Markets. By 2003, she opened a sidewalk flower kiosk in downtown Santa Cruz, Calif., naming it Bonny Doon Garden Co. after the mountain hamlet that’s home to her personal cutting garden nearby.

For years, she harvested an abundance of heirloom roses, clematis vines, aromatic herbs and ornamental shrubs such as lilacs and hydrangeas and brought them straight from from her garden to her kiosk and ultimately, to fill her customer’s vases. 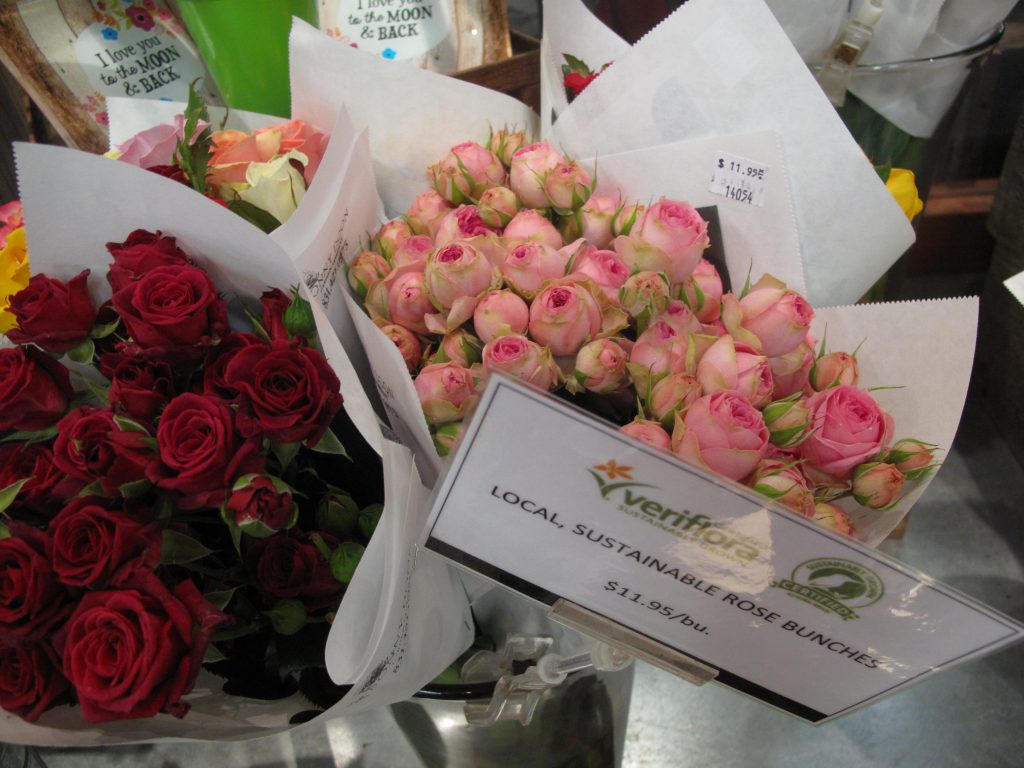 This old-fashioned approach to floristry always seemed natural to Teresa, despite what was happening elsewhere in the industry with an increasing reliance on imported flowers.

“I wanted to take my homegrown flowers and create magnificent works of art,” she explains.  “I wanted my flowers to remind one of a beautiful garden with movement, fragrance and romance,” she recalls.

Roses for a Royal Wedding 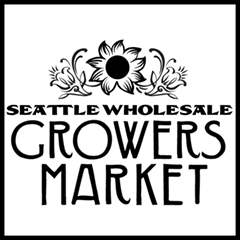