My son Rundy (a former contributor to ColdClimateGardening.com) and his sweetheart Debbie announced their engagement mid-February. They got married on July 16th. I want to share our experiences doing the wedding flowers. (And by “our” I mean several people from both families.) I hope this will help you decide if you want to take on the flowers for the wedding of someone dear to you.

Wedding flowers are a crop

Wedding flowers are a crop, as most of you know. They are grown for a certain occasion and for a specific purpose. When deciding what to grow, you can’t merely think, “Is it pretty?” You have to consider how it works as a cut flower; will it look good in an arrangement, in a corsage, in a boutonnière, or a bouquet? And–if you are growing your own–will it be blooming when you need it? And for every crop, there is the possibility of crop failure. Drought, flood, heat, frost, wind, animal pests, disease, completely freaky things no one could imagine–you name it, it could happen to your precious wedding flowers.

Do you want to grow all the flowers needed, or just some of them?

The possibility of crop failure is why I told Debbie I would be glad to grow flowers for their wedding, but I did not want to be responsible for the most important wedding flowers–the ones the bridal party would be wearing or carrying. I was glad to hear Debbie’s co-worker Josh had a flower business on the side, and Debbie was going to buy those special flowers from him.

Debbie wanted a color scheme of yellow, moss green, and white, and she wanted the flowers to be wildflowers or at least have that informal, rustic feel. She mentioned Queen Anne’s lace and black-eyed Susans as examples of what she had in mind. We consulted our memories and our collective photo archives and thought those flowers bloomed in mid-July. I thought to myself that depending on the weather, those particular flowers could be a week early or a week late–but something would certainly be blooming!

When to start them?

Summer-blooming annuals take so long to get going here that they could almost be called autumn flowers. So, I’ll cut to the chase: I did start a bunch of annuals, but only the bachelor’s buttons were blooming in time for the wedding. In just two more weeks, most of the others were blooming, so for your information, this is what I started, and when.

In a climate with an earlier last frost date, they could have been ready by July 16th, but not here in upstate NY, not without a greenhouse.

Flowers: From the Garden and the Field

At some point before spring, Debbie gave up on a rigid color scheme for the wedding flowers, and that was a good thing, because when you are on a tight budget (and she was), you can’t be too picky about your flowers; you take what you can get. Debbie bought three buckets of flowers from Josh: one bucket of special flowers for the bridal party, one bucket of sunflowers, and one bucket of filler.

Where did the rest of the flowers come from? From my garden–not from the annuals grown specifically for the wedding, but from the shrubs and perennials that make up the backbone of every garden bed–and not just flowers, but also seed heads and ornamental grasses.

Flowers were also picked from the wild places around our rural home and also where Debbie’s mom lives. (What were once called weeds are now hip “foraged flora.”) And a few were donated by Josh. He had been growing flowers on some nearby land, but the plot had gotten away from him. He let the wedding floral team glean from among the weeds there.

Who is going to arrange the centerpieces and assemble the bridal party flowers?

The floral team consisted of Debbie’s sister Becky and my daughter Talitha, assisted by Becky’s daughter Cassie and my other two daughters, Cadie and Deirdre. None of them were professionally trained or ever employed as florists. Becky had worked mostly with artificial flowers to make floral arrangements, wreaths, and the like for her home and church, or for gifts.

Talitha (also a former contributor) has cut and arranged flowers from my garden for years, flipped through flower arranging books that I’ve brought home, and helped a friend make the artificial-flower arrangements for the friend’s wedding. They both brought a lot of natural talent and willingness to work hard and long to this project.

If you are going to “do your own flowers” you will need similar friends and relatives on your team. Notice Debbie–the bride–was not directly involved in making the arrangements. She was busy putting out lots of other fires, including setting up at the wedding venue. No one can do it all for a big event like this, and success often means delegating jobs to those best suited for them.

Countdown to the wedding

Just to confirm my assertion that the annuals didn’t bloom in time, here’s the cutting garden a mere five days before the wedding.

The moment of truth has come. It’s time to start making the centerpieces for the tables and arrangements for the aisles and other locations. Most floral arrangers know what they’ll be working with, because they will have ordered everything ahead of time. They have planned out what’s going to be in each centerpiece, bouquet, and boutonnière before they ordered the flowers.

Because most of the “crop” flowers didn’t bloom in time, Talitha and Becky are flying by the seat of their pants. They need to maintain consistency because there has to be enough of any element to be used in all assemblages of the same type (for example, all the boutonnières). So they couldn’t pick one of this and one of that. They needed to pick a half dozen of this and two dozen of that. And then arrange with what they had. The assistants were frequently sent out to gather more as an arrangement developed.

Two days before: Assembling and arranging the flowers

Josh had told Debbie that she was going to need a lot of 5 gallon buckets to keep the flowers in water, which she diligently collected. Also, the flowers would need to be kept cool–cooler than our typical non-air-conditioned house would be. Turns out our basement was the perfect place to set up shop.


The day before: Flowers for the wedding party

The boutonnières, corsages, and bouquets were constructed the day before the wedding, so they would be as fresh as possible.


Here’s the bride’s bouquet, labeled with the flowers and their sources.

Becky and Talitha overlooked nothing in their quest to make the arrangements look as good as possible. How many times have I walked past sweet white clover and never considered it as a filler for an arrangement? I would have considered weigela too ungainly for a centerpiece, but it worked well in a boutonnière or corsage.

Having flowers from my garden and from the surrounding fields helped create the informal, rustic ambience that Debbie wanted. Below you’ll find pictures of the flowers as they were used in the wedding.

Aw, you know something always goes wrong at a wedding, right? As long as nothing happens to the bride and groom, problems don’t ruin a wedding. They just make for good stories in the years to come. For this outdoor wedding, we had a nice breeze, and that’s when we found out the table centerpieces were a wee bit too top-heavy. Before the wedding even got under way, they were toppling over…repeatedly.

They wilted a bit more quickly than they would have in the shade of the tent, but many guests were still willing to take them home as a souvenir of a beautiful day.

The morning of the wedding, I strolled around my garden, marveling that despite so many flowers having been harvested from my garden, it still looked attractively full of flowers, until I saw this:

The story behind the butchery: Late on the night before the wedding, Becky and Talitha realized they still needed a floral arrangement for either side of the arch. They asked one of the teen assistants to go cut some hosta leaves, assuming she would cut some from each of the three hostas. Instead, wishing to get the job done quickly, she cut them all from the same plant.

It remains to be seen whether this hosta will grow back. It was a dry summer and it never put out another leaf. If for some reason it doesn’t bounce back, I already have an idea for what I’ll plant in its place. (Isn’t that just like a gardener?) You could buy two three-gallon pots of hostas from a garden center and get the same effect.

So, do you really want to grow your own wedding flowers?

If I haven’t scared you off completely, here are some questions to ask yourself.

There’s a lot to consider. Frankly, if you can afford to pay someone else, why wouldn’t you? Locally sourced flowers are becoming more readily available. SlowFlowers.com maintains a listing of flower farmers and florists who use locally grown flowers. You might find someone nearby, and that would be one less thing to worry about.

But if you can’t afford to pay someone to do it all, or just can’t imagine letting someone else have all the fun, embark on this project with your eyes wide open. It was enormously satisfying for Becky and Talitha, but they were exhausted by the end of it, too. And they can hardly believe they pulled it off!

©Kathy Purdy. Originally published at ColdClimateGardening.com and reprinted with permission (and some slight editing). 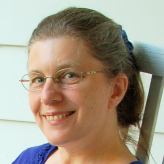 Kathy Purdy is the award-winning author of ColdClimateGardening.com. She gardens herself silly in upstate NY.